We got to see how LeBron James, Anthony Davis, and Russell Westbrook would work together in last night’s game against the Golden State Warriors. The trio combined for 47 points but also had 11 turnovers as the Los Angeles Lakers fell to the Warriors for their fifth-straight preseason loss. The King was honest about how he and AD are meshing with Russ, saying quote 'It's going to take a minute for us to become the team that we know we are going to be capable of being. We're going to have moments where we're not quite right there. We may take steps backwards… I think nothing is worth having if it's not worth working for.' Hear what Skip Bayless and Shannon Sharpe have to say about the Lakers' loss.

SUBSCRIBE to get the latest UNDISPUTED content: http://foxs.pt/SubscribeUNDISPUTED
Listen to UNDISPUTED on Spotify: https://foxs.pt/UNDISPUTEDSpotify
The all-new FOX Sports App, built for the modern sports fan: https://tinyurl.com/y4uouolb

About Skip and Shannon: UNDISPUTED:
UNDISPUTED is a daily two-and-a-half hour sports debate show starring Skip Bayless and Shannon Sharpe. Every day, Skip and Shannon will give their unfiltered, incisive, passionate opinions on the biggest sports topics of the day.

Skip and Shannon: UNDISPUTED . 4 days ago

Listen to WWE’s Out of Character podcast: http://sprtspod.fox/OOC

Coz lebum's team wherever he goes, does not develop players. He get players from other teams

They both need the ball it will b issues .Russ can spaz out ppl. Skip reasons why kd left okc remember ball issues with russ .russ acting out

they never show the plays that they talk about.?

I never see Rus fitting in . Let's see of they can build some chemistry by the halfway point in the season

This team can go two ways throughout the season, unstoppable force, or epic disaster.

westbrook best position is how he was used in houston as a 4 or 5 rondo or tht should be running the offence/pg other than lebron best starting 5 if healthy - tht monk bron ad dwight bench rondo ellington bazemore ariza russ ...... dandrejordan melo reeves rotational russ should not be playmaking

Is gonna be a long season for Shanon.

If this team is trash, Russell Westbrook shouldn’t go down in history as a top player at all. I personally think he’s trash. He’s a player who ruins teams. But when he has a team with one of the best leaders lebron, one of the best big men we’ve seen in a LONG time in AD, and then someone who has learned his roll later in his career in Carmelo. If you can’t mesh with those guys you are fkin TRASH

What happen to watching the sports shows to see the highlights of the game. Now it’s just talk radio basically.

Shannon said something key at 1:06 - 1:11. Westbrook try things he shouldn't try. Thunder, Rockets, Washington now the Lakers. If Westbrook could not win with Durant 🤔 What is he going to do with an aging Lebron? 🤔

Why is this the only shop that we never see what they are looking at. Cant afford it or what.

The Lakers are so bad right now that even Skip is complementing Lebron.

Lebron is the leader is turnovers every year in the play offs. Either leads his team or the league

Ruh the Russ remind me of Soulja’s “Draaaake?”

Wow Skip really wears all that bitterness from all his years on his face. Dude looks awful

Jokic is currently the best passer in the NBA

U can't win without defending.

Skip take wild long to get to the point sometimes 😂

Them new 711 sandwiches really be messing me up at night 🚽😢

These comments will be even funnier after the Lakers win the title again.

i pray in Jesus Almighty name, We Rebuke and Cutting the Lossing Games; God bless a Victories for every Game, The La Lakers Team... Amen...

The Lakers won’t make the playoffs because of injuries

Hated on Since Day One . 1 day ago

I think Melo is more of the big3 than Russ

Big 3 what big 3, MELO MUST NOT PLAY FOR THE LAKERS, CAUSE AINT NO WAY HE NOT GETTING NO RECOGNITION

Lakers have a big 6

WEST COULD BE A 6 MAN ? RONDO IS THE FLOOR GENRAL

RONDO IS THE KEY WHEN IT COMES TO WINNING CHAMPIONSHIP

We talkin about practice

No highlights while talking be hilarious sometimes... Like we wanna see also 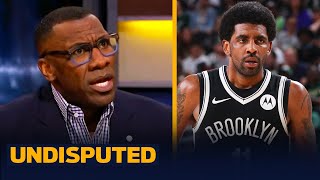 16:09
Kyrie Irving is more likely to be traded than play for Nets this season — Shannon | NBA ...
3 days ago
Skip and Shannon: UNDISPUTED 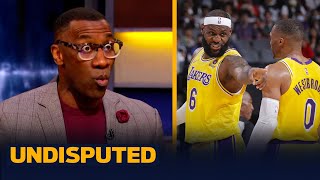 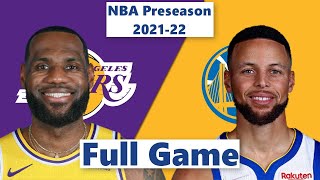 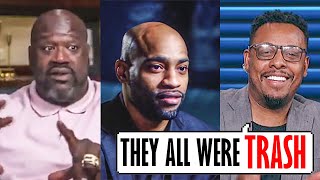 11:03
Chris Broussard has huge problem with Lakers Big-3 after losing to Warriors 111-99
4 days ago
Viên Vlogs 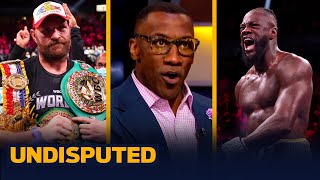 13:07
The third Deontay Wilder - Tyson Fury fight lived up to the expectations - Shannon I UNDIS...
6 days ago
Skip and Shannon: UNDISPUTED

10:33
Shaq and Chuck calls out Ben Simmons & Kyrie Irving says Both are to selfish should retie
1 week ago
Viên Vlogs

10:25
Jalen Rose SHOCKED afrer Irving fires back at Nets and Durant 'just do what the F*uck you ...
3 days ago
Viên Vlogs 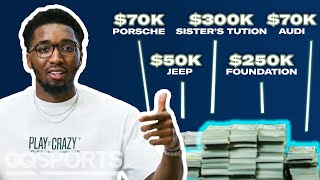 06:30
How Donovan Mitchell Spent His First $1M in the NBA | My First Million | GQ Sports
4 days ago
GQ Sports 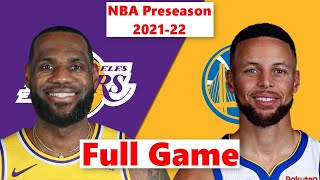 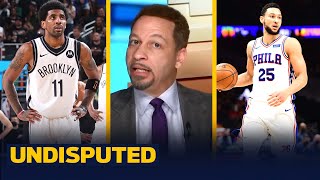