I liked it. Please dont kill me

Better than the actual movie!

Got woke. Destroyed the franchise. Fuxktards

This video would be hilarious if it wasn't so true😞

I actually liked The Rise of Skywalker, but this is hilarious

This... is amazing. Thank you

Still had a lot of fun watching it.

I thought it was fine.

I thought this movie was ok Now I think it's garbage. Thanks Honest Trailers

They literally just went full on mad libs with the End Game script to create the final act for this. Still enjoyed it because more Star Wars is better than no Star Wars.

The only folk this film pleased was the Reylo fangirls

to keep himself in the movie LOL

Screen Junkies Hey! I loved this movie. Compared to the Force Awakens and the disaster that was Last Jedi, Rise of SkyWalker had more “right” than what was “wrong”. However your Honest Trailer was so awesome, so funny. This was a great Honest Trailer, guys and gals. Keep it up!

I love how much the new flicks are hated. The response is awesome. I love it when people are so childish when they don't get what they think they deserve. Top shelf entertainment.

I'm starting to think I'm the only one who liked the new films. However, I do hope they bury the Skywalker saga and do more stand alones or create their own trilogy outside of the original. It can tie in like Rogue One or be something on it's own like Knights of the Old Republic, Clone Wars, or a Rebel unit fighting the Empire.

C3PO: “the only consist character across all nine films”

funniest review i ever seen

Meh SW IX was more like a very well funded piece of fan fic. Would love to see Raisy Diddlys reaction to your comments on her go-go-acting-skills.

It accomplished the impossible, it united fans, by making none of them happy 😂😂

I had no intention of seeing this... but this makes me wanna see it for the comedic value.

This was so hard to watch. So sad Star Wars ended up like this.

Thank you for not doing that stupid bs where old voice guy shows up and does his terrible voice and argues with you about Star Wars.

There were three movies: A New Hope, The Empire Strikes Back, and Return of the Jedi. Problem solved. You're welcome.

the worst movies i have seen, thank you Disney...

it ripped off marvel 😡

Star Wars 7-9 will always be the Thrawn Trilogy to me.

How do I like this video more than once? And why was there more thought put into this video than the entirety of the Disney wars? (They are NOT star wars)

Saw it the first time was like...eh hail mary...saw it second time w my dad and was like boy this is terrible. I just can't do a third🤦🏾‍♂️😭

Uniting fans in mutual hatred. Yep, sounds about right to me.

a stormtrooper be all 'hey that's the knights of Ren.'"

1600 people want the truth, but they can't HANDLE THE TRUTH!!

These movies had limitless potential, instead, they turned out like the visual equivalent of those hellacious and inedible Jello salads.

This movie in a nutshell: Rey being Rey, Finn getting friendzoned, Kylo Ren still emo but turns good, Poe being dominated by another female but at least this one is badass, Palpatine being overpowered but completely immobile, and more unnecessary nostalgia for original Star Wars characters. No one really cares that Rey is Palpatine’s granddaughter. That subplot was really irrelevant and it wouldn’t have changed the movie if that detail was left out. The only thing I liked in this movie was that tiny little mechanic guy with the helmet.

Honestly I love the sequels even if everyone hates them.

So honest trailers, when is your perfect Star Wars movie coming out? Every one is a smartass. Yes I see the irony of what I just said, haha!!! 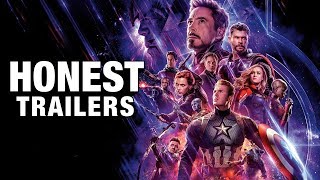 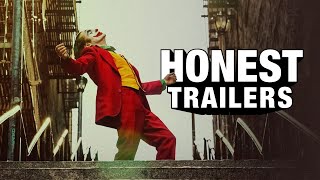 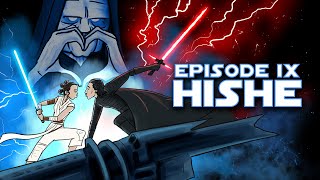 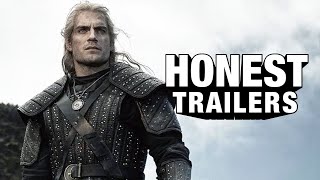 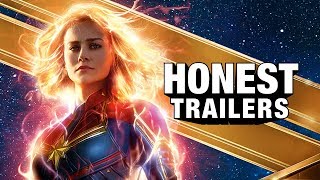 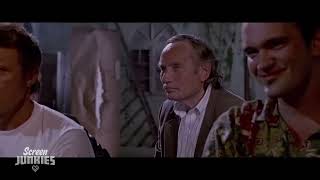 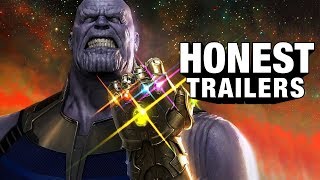 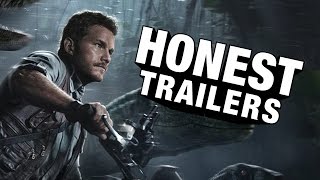 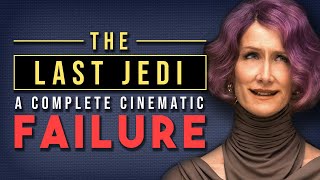