Y'all know this is just my opinion, right?

39.28 couldve been a totally different song than what it was on the album, which the song was played coachella last year, it was a dance song that had a nice beat to it

Ah c'mon, you know better. The best fruits take a bit longer to ripen up. Give it a few more tries. I wasn't too sure at first either. There's definitely an endless supply of "artistic vision" there to be digested.

I just dropped an experimental concept album produced by me. You should check it out! Is in my channel. 🌊🌊🌊

So glad to see some wine actually look at this objectively lmao. I thought I was going insane when I peeped the comments under the actual album and people were acting like it was made by a God

This should have been a not good.

i dont even know what youre talking about antnee weres the picture?

Big Donald Glover fans act like he can do no wrong. I was excited for this album but I tend to agree with fantano here. Pretty underwhelming.

lol, but CAN YOU MAKE AN ALBUM SIR NEEDLE DROP? CAN YOU DO IT? OH I feel you are really surface level in your approach to this album; I can really tell that you really only listened and didn't feel anything. Based on what Childish Gambino has released previously, you obviously know he is capable of being sonically phenomenal, which begs the question, why the purposeful delivery of something distorted and so far from what you would possibly call "a great album". Perhaps its a reflection of the times and not so much an attempt to please the uncultured ears of certain listeners. Further more, maybe you're just not getting it, which is also okay, and something you could've just said. "Don't take constructive criticism from someone who hasn't constructed anything"

We do gotta admit Donald be soundinvdope asf on algorythm doe 😳

I'm sorry man but I can't disagree more. 19.10 was easily the best track on the record. Why Time has so many more streams confuses me greatly. Like yea I get maybe the lyrics have more meaning because he's talking about the world but the overall groove and danciness of 19.10 is something you can't call "bad". I think you gotta take music and songs as a whole, when you start pulling them apart piece by piece you lose the important aspect. Sure the drums may sound wonky, sure the synths are not ordinary, but when you piece that shit together.... damn. Nothing against you.

This whole album feels like what glover made for fun on his spare time and decided to release to help distract/comfort people during the dreaded co-19 situation imo. Even the album cover is unfinished. If this were a drawn piece of art...its as if he released a bunch of conceptual sketches instead of a refined or gallert ready piece of art.

Horrible album. Definitely got a faux Prince and ‘I wish I was Frank Ocean’ vibe from it.

I hardly started to hear this album, because i didn't understand in what kind of mood I had to hear it. Actually, I liked "time" and i never get bored of the synth bass line tium tium tum tum, and i think the song developes well. The rest of the album kinda disappointed me. Sad face

Melon, I agreed with everything you said up until you said the album was black. ??

You didn't mention that Childish Gambino is also a comedian.

i really like the album but i see why people are disappointed by it, definitely not his best work but i really enjoyed it.

The overall album is a 4/10 for me. 19.10 was a complete mess. Glover comes off as a pretentious fanboy of Prince, but every artist has a bad album

I disagree with this vid completely.

This is what happens when a reviewer is constantly looking for some weird odd obscure sound while they completely miss the good music that their listening too.

Yeah I like this album in some spots but I’m getting pretty tired of artists filling albums with filler. Maybe all that noise means something to them but to me it’s just like droning nonsense while I wait for the next song to start

This album was weird, most of time it was just noise. With a few moments of actual music, and I’m confused how so many love this album. I love Donald but I am pretty disappointed

This project's sloppiness is only limited to the marketing, if you ask me. Unlike melon, I felt it was an enjoyable listen.

This man is lost.

Not this biggest fan of this album, just not my style, but this felt way too harsh.

I’d disagree, these songs are awesome. But, to each his own.

Nope to you on this, amazing album

Not often I disagree with your reviews, but I really like this album 🤷🏼‍♂️

GOD THIS GUY IS SO CONDESCENDING AND SNARKY.

Man I unsubbed peacefully and stopped watching instead of angering myself seeing wack reviews but I was like nah this new CG album is so good even fantano will like it. Once again I’m annoyed. I’m not surprised but still disappointed.

I’m gonna say a decent to a strong false rating

ngl I kinda disagree here my man I thought the album was neat. I'll give it another listen but I guess I clicked pretty well with this one.

Adrian to be remembered tho . 3 days ago

I didn't care for this album at all BUT the way you so eloquently trash music with a straight face is hilarious LMAO! 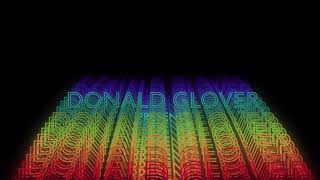 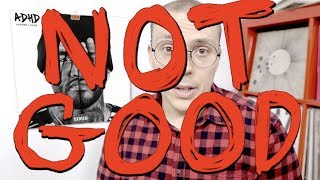 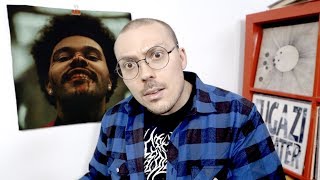 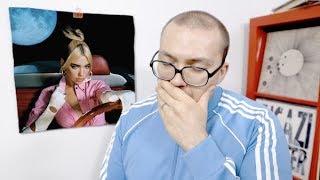 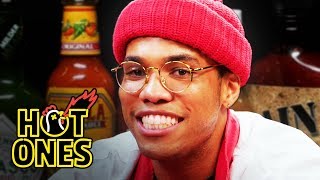 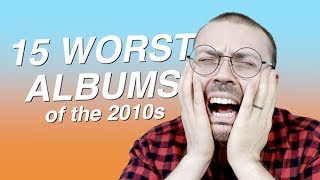 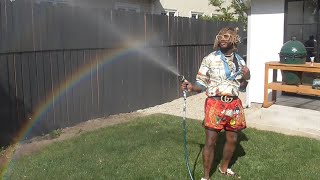 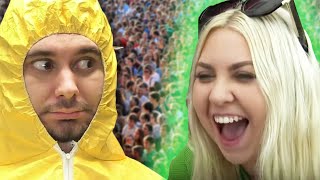 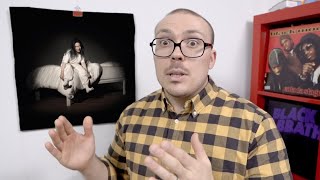